Air exchange in an energy-efficient home 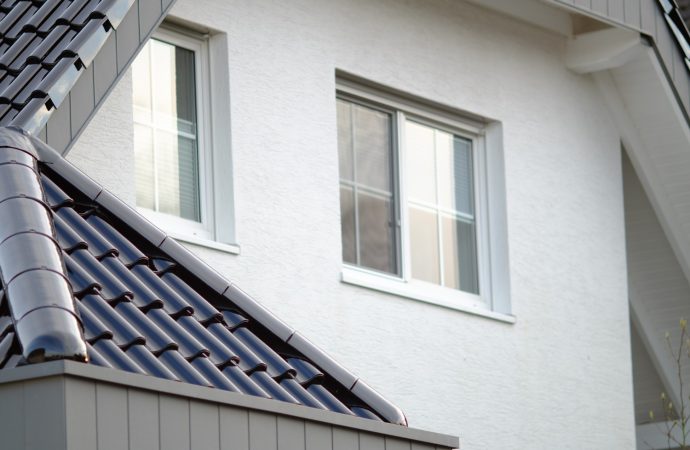 Learn more about air exchange and see what will make your home more energy efficient.

An energy-efficient home is an investment worth making. One of the factors in being eco – and lowering bills at the same time – is a proper air exchange system.

Everyone wants the fixed charges to be as low as possible. A good solution to achieve this, for example, is to build an energy-efficient house. Buildings designed this way are more environmentally friendly and play a large role in the amount of electricity and heating bills, of course in favor of their inhabitants. It is worth finding out how you can save money in such a house with modern and efficient ventilation.

What is ventilation used for?

The exchange of air in your home is essential to be able to function normally in it. A considerable amount of heat can escape from the building through ventilation. The heat loss may be as high as 50%.

The effects of improper ventilation can be classified only as negative and undesirable. They pose a threat not only to the health, but also the lives of people residing in such a house. First of all, an outdated or defective mechanism contributes to inadequate supply of oxygen, that is, a shortage of fresh air, without which the rooms can not be breathed or is significantly impeded

>> See also: How to ensure proper ventilation in the kitchen?

Harm to health can also be caused by inhaling harmful, artificial substances that may come from various elements of interior design. The discomfort is also caused by stuffiness and intense, unpleasant smells with no way out. In addition, inefficient ventilation affects the condition of the house itself. It is mainly about dampness, and consequently the formation of fungus on the walls, which causes damage to the interior of the building, and getting rid of it is not the easiestthing to do.

Save money by replacing the air

The basic rule for people who want to make their house energy efficient by means of proper ventilation, will be to try to reduce heat loss as much as possible. Such a building must therefore be perfectly airtight. This certainly includes elements such as doors and windows, as well as other routes through which air can easily escape to the outside. Also, the walls should be insulated as well as possible. Why is this so important? Gaps and crevices of various kinds cause warm air to escape from the inside to the outside, which means that more energy is needed to compensate for the loss of warm air. Unfortunately, all this generates enormous costs

There is, however, an effective solution to reduce expenses in this regard, namely to take care of a modern and efficient system of room ventilation. At the same time you can not forget about the flow of air between rooms, which guarantee even undercuts in the doors.

A commonly used system was formerly mainly called gravity ventilation. This method, however, can not be described as effective, which means that it does not allow you to achieve the goal, which is energy efficiency of our home.

In modern construction, however, mechanical ventilation is used, which by means of a special device allows you to recover heat from the exhausted air. Professionally it is called a recuperator and combines the functions of supply and exhaust. The actual process takes place by recovering heat from the exhaust air outside and transferring it to the supplied air inside the building. This significantly reduces the energy consumption for space heating. It is estimated to be half as much. There are also more advanced installations available on the market, through which the air is filtered. At the same time, they allow you to influence its temperature.

The costs that we have to incur in connection with the electricity used to exchange air are inevitable, so it is worth considering the installation of a modern ventilation system to be able to save money and at the same time take care of the environment.