The most common washing machine faults 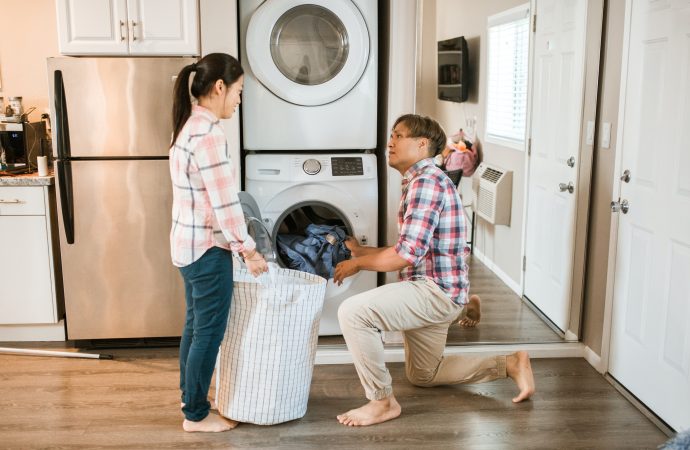 One of the most used appliances in the household is undoubtedly the washing machine. Therefore, its failure can be felt quite strongly. So find out what are the most common failures of washing machines and learn about their causes.

How much we need certain appliances, we are only able to see when they break down. And to one of the most problematic failures certainly belong all the problems with the washing machine. What malfunctions happen most often and how to deal with them?

The most common problems

Some failures occur more often, others less frequently. With some of them it is enough to replace individual components, for example, using spare parts https://czesciagd.pl/czesci-zamienne-amica-c-20.html, and in other cases a more complicated service is required, and even replacement of the equipment. What do the most common problems with the washing machine indicate?

If your washing machine jumps, then most likely the source of the problem is its legs, incorrect leveling or not removed securing screws. Of course, this refers to cases when the washing machine jumps every time you wash, because if it happens occasionally, it may be due to overloading the drum with too much laundry. It may also turn out that the washing machine jumping is the result of wear and tear of parts around the drum, unfortunately, such repair is usually not cost-effective.

Washing machine does not drain water

If your washing machine does not drain water, the most likely cause is a clogged filter or limescale on the drain pump. The reason may also be a damaged or clogged drain hose. Repair of such faults is quite fast and not very expensive, because it is enough to replace the defective part or clean the filter.

Washing machine does not fill with water

If the washing machine does not fill with water at all, then the problem is most likely the flow meter or hydrostat, which are the elements that are responsible for the water level in the washing machine. It is also worth checking the drain pump. The source of failure can also be quite trivial, such as a crushed hose or closed valve.

Problems with the drum and spinning

A frequently reported problem is also a washing machine not spinning or not spinning drum. This failure can have several causes. One of them is a defective programmer or simply overload and load the drum of the washing machine. If the drum itself does not spin a moment after starting washing, it means that the belt, the motor that drives it, the clutch or the gearbox, which is coupled to the drum drive, has been damaged. These are quite important components, so if you notice such a problem, be sure to call a service technician.

Underwashed clothes are also a common problem. What is the reason? Most often, hard water and limescale. In order to prevent it, it’s a good idea to use a washing machine cleaning and maintenance product from time to time. Also, make sure that the powder dispenser is not dirty and that the washing machine properly draws all the powder or liquid during the wash. Also pay attention to whether the washing machine is not overloaded.