Hybrid collectors – where will they perform well? 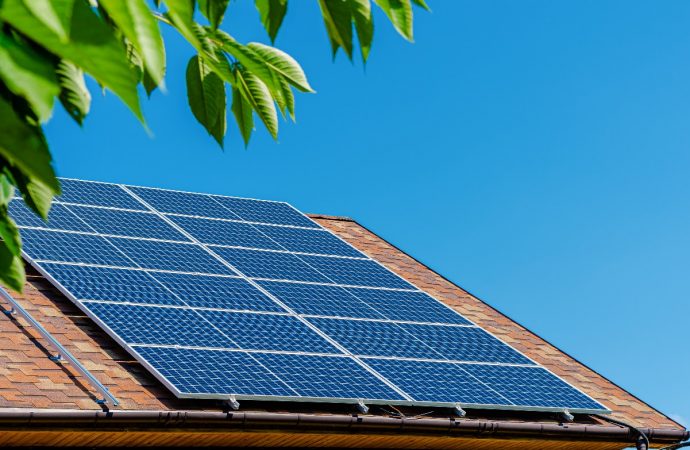 Thinking about installing photovoltaic panels on your home? A hybrid collector can help you synchronize your electricity production with your water heating system.

Hybrid collectors are designed to combine a photovoltaic panel with a solar collector. This is a very practical and functional system that allows you to combine two independent devices and avoid the need to install two, separate equipment. Thanks to this photovoltaic installation can simultaneously fulfill two tasks – both to produce their own energy, and to be a source of heat at home. Hybrid collector can synchronize these two areas, which can complement each other

It’s worth looking into whether installing a hybrid collector will be a good option on your property. Before making a decision, it’s a good idea to learn more about how this system works and its advantages and disadvantages

How does a hybrid collector work?

Theoperation of a hy brid collector is simple. The main principle is based on the fact that the front part of the collect or collects the sun’s rays, which are converted into electricity in a further process. The second part of the collector, which is located at the back of the device, called the flat plate collector, has the task of receiving heat and eliminating too much of it from the photovoltaic module. In the next step, it transfers the excess to the system responsible for heating the building

This can be the hot water system or central heating. This solution allows you to fully exploit the potential of the photovoltaic network, thanks to the increased efficiency of the current system. Properly cooled cells allow the production of more electricity. This in turn causes more heat to be produced, and the building is better heated. This results in significantly lower bills not only for electricity, but also for heating

Where should hybrid collectors be installed?

The hybrid collector is most often mounted on the roof of the building where the photovoltaic panels are installed. The roof should be flat or sloping, and if its construction prevents the installation of the collector, it can be attached to the facade of the building. It would seem that the system of collecting solar energy is active only in spring and summer, and only on sunny days. However, a good collector allows energy conversion even on cloudy days and in autumn and winter. You can currently find many devices of this type on the market. Ideally, during a photovoltaic audit, a specialist will assess what type of collector will work best on your property

The advantages of owning a hybrid collector

Many people, even if initially skeptical about investing in an additional piece of equipment like a hybrid collector, are generally happy with the purchase. The main advantage is the ability to produce significantly more electricity than a standard photovoltaic module

By keeping the cells at the optimum temperature, hybrid collectors break down less often and are more efficient. The collector both heats the hot water and later supports the heating process of the building. Many people emphasize that a big plus for them was the fact that this type of device does not take up much space. One module is enough to generate electricity and heat. It is also an economical solution, because it avoids the need to buy two devices – a collector and a photovoltaic module

Does the hybrid collector have any disadvantages?

It is worth knowing that the optimal temperature at which the collector cells work most effectively is 40 degrees Celsius. Unfortunately, if the temperature is higher, then the efficiency of photovoltaic panels decreases. Each increase causes a decrease in electricity production. Therefore, a certain paradox appears here, that in hot and sunny days, when the production should be the greatest under the influence of overheating of the collector can fall by up to 40%. Some note that in such a situation solar collectors do better. The downside may also be the issue of the price of the hybrid collector, which is quite high.