Is it worth it to install motion detectors in the home? 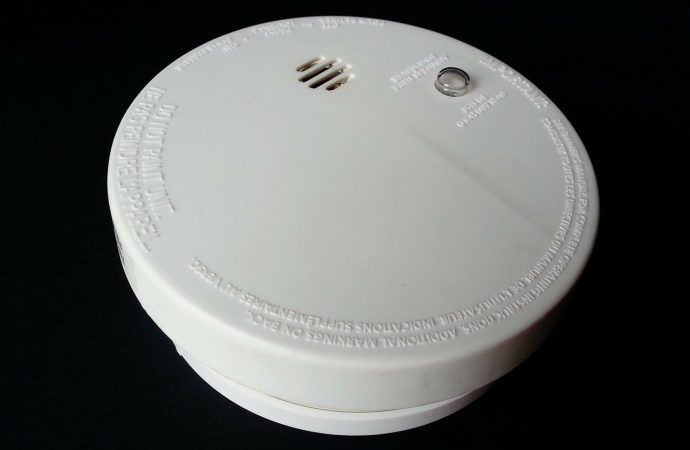 Motion sensors in alarm and lighting systems can be extremely useful and practical. Find out how these sensors work, what types they offer and, most importantly, whether it’s worth installing them in your home

What is a motion detector?

Let’s start with what a motion detector really is. It is a device that detects various kinds of activity within a certain range. Such a solution is based on technologies such as ultrasound, infrared waves or microwaves. There are also types of motion detectors that use different operating principles to increase the sensitivity of motion detection in the environment. In addition, we can distinguish between outdoor and indoor detectors

The most popular are classic motion detectors placed on the wall of the house. Such wall-mounted sensors are capable of controlling an area of 140 to 200 square meters. There are also sensors with a 360-degree angle of observation available on the market, which allow to cover an area of up to 300 sqm. The sensors can also be divided into wired and wireless models.

So how exactly do these devices work? Well, passive detectors, known as PIR, react to radiation in the far infrared band and at the same time detect changes in thermal radiation. In the case of this type of device, the entrance or exit of a person or animal from the observed sector is thus detected by external motion detectors as a change in thermal radiation. Active motion detectors, on the other hand, work slightly differently, because they detect moving objects by using electromagnetic waves and the Doppler effect of changing the frequency of the wave due to a change in the mutual position of the source and receiver of the wave.

In what places at home should a motion detector be used?

Motion detectors are most often used outside the house, near the fence and the entrance door. Thanks to this solution, the sensor will automatically turn on the lights as soon as someone appears in front of the entrance. In addition, sensors are also a great solution for alarm systems. When they detect movement on the property, for example in your absence or at night, the alarm will be triggered immediately. Thanks to such a solution you and other household members will surely feel safer. Such a solution will also work on the first floor of a multi-storey house – when the household members are sleeping in the rooms upstairs, the indoor motion detector may detect activity in the living room and trigger the alarm.

It is worth remembering, however, that motion detectors are not only an element of alarm systems. They are also a brilliant and practical addition to lighting. They allow you to significantly save electricity, even when the householder forgets to turn off the light in the hallway, bathroom or any other room or on the stairs. It is therefore worth mounting a lamp or wall lamp with a motion sensor in some places, because after the disappearance of motion, they will automatically turn off the lights after a few seconds or after another time set by you. The motion sensor light turns on and off exactly when you need it to. It is also extremely useful when, for example, you are walking down the stairs or in the corridor and both your hands are busy – thanks to the sensors you do not have to worry about switching the light on and off